Holography News® - for everything that’s going on in holographic research, technology, commercialisation and security applications

Holography News is a comprehensive information source on the development of holographic products, technologies, services and markets for security, brand enhancement and industrial applications.

Its editorial team is led by industry veteran Francis Tuffy who has been involved in holography for over 30 years as a researcher, project leader, teacher and now as a writer and commentator.

Each issue includes news, features on new products and technologies, case studies and successful applications, interviews with key figures who are supplying or using holographic products, as well as in-depth commentary and analysis to give you the inside track on this dynamic and highly specialised industry.

Ever since its invention in 1947, holography has been used to push the boundaries of imaging systems. From its earliest commercial incarnation as a recording medium for colourful heightened reality images, to its widespread adoption as the primary first level anti-counterfeit device on banknotes and other secure documents, to its future applications in head-up displays, medical imaging and artificial and virtual reality, Holography News has reported the stories and predicted the trends.

The publication sponsors The Holography Conference Online (THCO) - which is the only global conference for the commercial holography industry – and has tracked every new development in holography since 1990. Holography News also sponsors the International Hologram Manufacturers Association (IHMA) ‘Excellence in Holography’ awards and commendations which are presented during THCO. These coveted accolades for holographic products or techniques introduced over the previous year represent the best in the industry for innovation and commercial potential. As such, they recognise outstanding achievement and mark out those who at the forefront of the sector.

Whether you are involved in holography as a practitioner, a printer, or a pioneer you really should read Holography News. 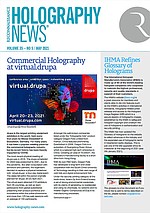 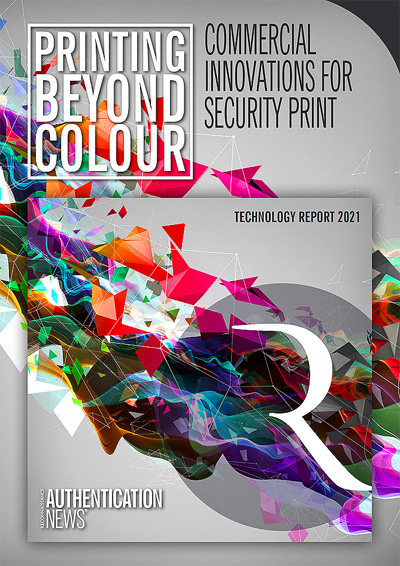